Ever wondered why companies don’t just use one uniform type of screw? It’s not so you have to have a toolbox overflowing with different unscrewing implements, though it may sometimes feel that way.

Here are the reasons why you encounter Torx screws, Philips Head screws, Allen screws and more when taking your appliance apart to repair it.

Different types of screw heads require less effort by machinery to screw them in or use slightly less metal. Although these differences may seem miniscule, when reproduced thousands and thousands of times they can add up to big savings. So it’s in an appliance company’s interests to make screws as efficient as possible and that means using different sizes and different types of screw heads.

If a screw fails within warranty the onus is on the manufacturer to replace it. To avoid this they’ll use screws with different size and shaped heads to provide just the right strength needed to keep the screw in place and undamaged.

If screws have been exposed to damp they could be liable to rust and be tricky to remove. Taking the rust issue into consideration, using the right screw head allows screws to still be removed, even if they’ve gone a little rusty.

Here are three super useful kits to help you make sure you’re equipped for any screws you may encounter when carrying out repairs on your appliances: 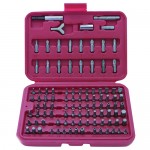 With 100 different screwdriver heads to choose from the chances are high that you’ll be able to find one to fit the screws you need to loosen on your appliance. 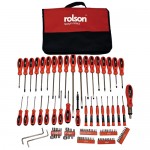 If you don’t have a screwdriver with capacity to change heads, you can get a versatile set of screwdrivers with different size and style heads instead. 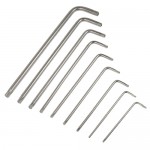 Torx screws are commonly found on appliances, but Torx head screwdrivers are not always in found in screwdriver sets. This kit is what you need to help you remove the Torx screws on your appliances.

You can get the kits above and lots more handy tools for removing screws here on our website. Now when you come across a screw different from the norm you won’t be cursing appliance manufacturers, but will be prepared instead!