Have you been in that situation where you’re in the middle of cooking a family meal, when your cooker decides to give up the ghost and stops working completely? It can be extremely frustrating, but by loving your cooker it can also be prevented, and this doesn’t have to cost the earth.

The cooking unit can often be split down into three key parts, the cooker hood, cooker itself and then the hob. By keeping each of these components well maintained, your cooker will continue to perform to the best of its ability for a long time to come.

The cooker hood plays an important role in your daily cooking ritual by extracting grease and odours out of the air in your kitchen, helping to keep it fresh and more hygienic.

It’s therefore important to make sure your cooker hood is well maintained, and one of the best steps of ensuring this, is to understand what type of cooker hood you have, and how it works.

There are two types of cooker hood:

Whilst the fan draws the air within the kitchen to help keep it odour free, one of the most important parts of your cooker hood is the filter. It’s therefore important to make sure it is kept well maintained, especially as grease will build up, leading to reduced efficiency and if you’re unlucky, complete failure of the appliance.

Thankfully, maintaining and even replacing a filter on your cooker hood is an easy task, which can be done in the 3 simple steps below.

Along with checking and maintaining parts on the cooker hood, it’s also important to regularly clean the cooker hood too. At BuySpares we stock a range of cooker hood cleaning products, from stainless steel cleaner, through to wipes and cloths. 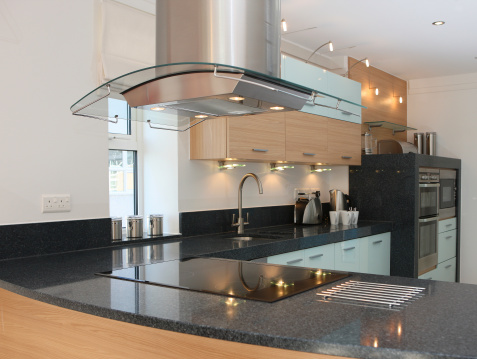 On a daily basis your cooker puts up with a lot as you cook, and over time this can lead to wear and tear which takes its toll on the appliance, resulting in a range of faults occurring.

Some of the more common cooker faults include heat escaping from the appliance, or the appliance not heating at all. Whilst both of these faults sound like they could be costly, with a bit of TLC and patience, your cooker can be back working like new again in no time.

If the cooker is failing to get hot then the fault could be with the element, and the best way to find this out would be to look for signs of damage, checking for resistance, or blowing on the element if there isn’t a meter available.

With the faulty cooker element located, replacing the part can be fairly easy but will require you to remove the inside back panel of the oven by unscrewing the screws in each corner of the panel, once this has been done you’ll be exposed to the element.

To find out the best way to replace a faulty element within your cooker, we recommend you watch the “How to Replace the Element in a Fan Oven” video below.

Constant use of the cooker can lead to the door seal becoming damaged, allowing heat to escape. With heat escaping from the oven it will not be cooking your food correctly, but it will be costing you money on wasted electricity.

Thankfully, the replacing of a cooker door seal is a simple task, which takes only a matter of minutes, but can save you a small fortune, at the same time as getting your cooker working back to its full potential.

For the quickest and most effective way to remove and replace the door seal on your oven, follow the guidance outlined in the video below.

The hob area of your cooker is the part which is susceptible to a build up of grease, food and dirt, usually by cooking on too high a heat and allowing liquids / fat to spit out of the pan, or by leaving a pan to boil over.

The build up of such dirt can have a detrimental effect on the appliance if left, which is why it’s important to clean the hob area after every use, using specialist cleaning products.

By taking the time to care for your cooker, by regularly cleaning and maintaining it, you’ll find that it will not only continue to work at its optimum performance, but it’ll also last for longer, helping you to save money in both the short and long term. So next time your cooker starts to show signs of a fault give it a bit of love and get it working again in no time.