Convert Your Sporting Viewing This Autumn

This summer has already been a spectacular summer of sport. England overcame Australia to win the Ashes, and at the Athletics World Championships in Beijing not only did Jessica Ennis-Hill win gold in the heptathlon but Greg Rutherford completed the grand slam of major titles.

And the sporting prowess doesn’t end there, with the Rugby World Cup being hosted in England and Wales – kicking off at Twickenham on September 18th and ending at the same stadium six weeks later on October 31st, with games being played in Leicester, Exeter and Cardiff too. END_OF_DOCUMENT_TOKEN_TO_BE_REPLACED 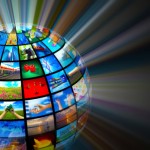 When thinking about television, we often think about endless channels of soaps, sport and reality TV mixed in with documentaries and news. In reality, whilst all of these are encompassed by TV, television’s importance in society runs much deeper than this.

In December 1996, the United Nations General Assembly recognised the importance of the television within society and proclaimed November 21st as World Television Day. As part of the day, the United Nations encourage all member states to exchange television programmes which focus on issues such as peace, security and cultural change enhancements. END_OF_DOCUMENT_TOKEN_TO_BE_REPLACED

If there’s a new show everybody is talking about and you’ve missed the first episode, or you’ve really gotten into a series but you accidentally miss the latest instalment – then the newest feature from Sky is sure to appeal. END_OF_DOCUMENT_TOKEN_TO_BE_REPLACED

Spares For All Your Sound, Vision and Audio Equipment

You probably already know that we’re the place to come for all the spare parts and accessories you need for home appliances like washing machines and cookers. What you might not realise is that we sell a whole lot more, including a fantastic range of accessories for all your audio, visual and sound equipment. END_OF_DOCUMENT_TOKEN_TO_BE_REPLACED