Each year consumer experts pick the food trends that will dominate the year going forward. These include the weird, the wonderful and the downright ridiculous. Last year appeared to be the year of the avocado, with reports of people getting the aptly named ‘avocado hand’ from cutting the fruit. There were other delightful looking trends such as cloud eggs and unicorn lattes, known as ‘instafood’ for their Instagram appeal and activated charcoal, think black ice cream, lattes and charcoal crust pizza (this can stay in 2017). 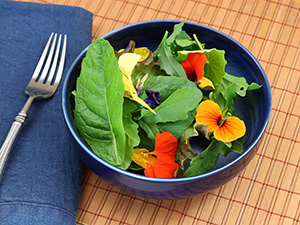 You’ve probably seen edible flowers on several baking and cooking shows, as chefs add them to dishes for a bit of flair. They add a splash of colour to dinner plates and make dishes look almost too good to eat. Flavours and fragrance are dependent on the flowers you use and you can really create the effect of nature on a plate. If you decide to use them, only buy flowers that are labelled for ‘culinary purposes’ to create high-end looking cuisine. 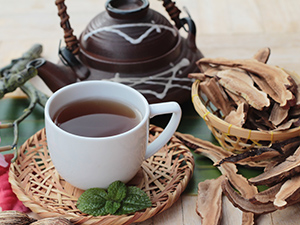 It doesn’t sound like the most appealing drink but mushrooms are gaining momentum for their health benefits, as they are an antioxidant. They also have other nutritional benefits including vitamin D, vitamin C and iron. Not sure if this will really catch on but you might be seeing it introduced in a coffee shop near you, as functional mushrooms become a big trend. These are mushrooms such as reishi, chaga, cordyceps and lion’s mane which may also start appearing in tea and health drinks. 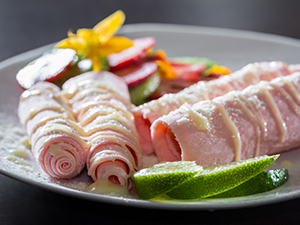 This really does look amazing and hails originally from Thailand. Effectively it’s stir-fried ice cream with toppings added to it such as Oreos or chocolate and then rolled out on a sub-zero griddle. Picture a crepe but made with ice cream instead! The result is perfect rolls of ice cream with a fresher taste as it is made in front of you. The dessert can also be created with frozen yogurt for the more health conscious consumer. 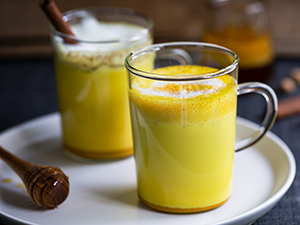 A staple in Indian and Thai cuisine, turmeric has risen to the ranks as a superpowder. It’s known for its anti-inflammatory properties, is an antioxidant and is meant to support digestive health. Known as ‘golden milk’ the turmeric latte has gained fans among the health conscious and turmeric teas are available in supermarkets. You can also add it to smoothies, soups and of course in curries. Other superpowders such as matcha, maca, spirulina and cacao are also meant to become big with consumers in 2018. 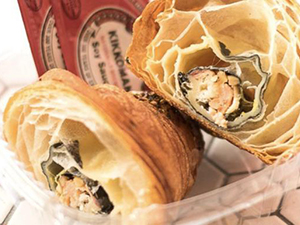 Croissants are for breakfast right? This new trend has left us slightly confused and on the face of it seems a ridiculous combination. Bakers appear to love dreaming up these croissant creations as there have already been some notable ones like the cronut (mixture between a croissant and doughnut) previously. This new creation with sushi might be a step too far but certainly makes for a more interesting breakfast. We prefer them warm with a chocolate spread! (Image credit: The Times)

It remains to be seen whether the appeal of some of these trends will catch on and there are sure to be many exciting (and bizarre) food combinations throughout the year!

Autumn might be over but take a look at these recipes packed full of flavour, to keep your winter energy levels going.